In 2001, the “Max Q” Rams finished with a record of 14–2 (including a spectacular 8–0 on the road), led not only by a sensational offense (their third straight year of scoring 500 or more points), but a lights out defense as well, coached by Lovie Smith and led by Adam Archuleta. After easily handling the Packers in the divisional playoffs, they fought off a pesky and determined Philadelphia Eagles team 29–24 to achieve their second Super Bowl in three seasons. Their opponents in Super Bowl XXXVI would be the New England Patriots who, much as the Rams had had two years previous, had enjoyed a Cinderella playoff run, highlighted by a dramatic and controversial 16–13 divisional playoff win against the Oakland Raiders.

The stacked Rams appeared to be primed to become the first pro football dynasty of the 21st century. However, despite being a 14-point favorite, the Rams lost to the Patriots. From the beginning the Rams were dominated by the Patriots. The Patriots chipped the Rams wideouts and running backs, disrupting their precision passing patterns. They also battered Kurt Warner, forcing him into uncharacteristic mistakes, including an interception to Ty Law that resulted in a 47-yard return for a score.

Finally, in the fourth quarter, the Rams answered back. Two plays after an apparent game-clinching 95-yard fumble return by the Patriots on 4th down was reversed on a penalty, Kurt Warner scored on a 2-yard keeper to bring the Rams to within 7 points, 17–10. After holding the Patriots on the next drive, the Rams were in much the same situation as they had been two years previous against Tennessee. Warner came through once again, quickly leading the Rams on a dramatic drive culminating in a 26-yard touchdown pass to Ricky Proehl. The extra point by Jeff Wilkins tied the game at 17 with 90 seconds left.

With the Patriots holding no time outs and the Rams having seized the momentum, overtime seemed assured. Even John Madden on the Fox broadcast of the game, opined that the Patriots should play for overtime. However, on this day it was not meant to be for the Rams. This time it was Tom Brady leading the Patriots down the field against the Rams defense, completing all but one pass (an intentional spike to stop the clock) before Adam Vinatieri‘s last-second 48-yard field goal defeated the Rams 20–17. 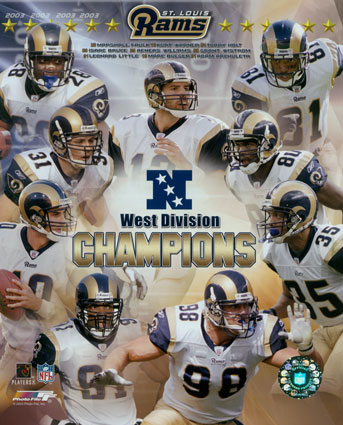 Super Bowl XXXVI later became part of the wider 2007 National Football League videotaping controversy, also known as “Spygate”. In addition to other videotaping allegations, the Boston Herald reported, citing an unnamed source, that the Patriots had also taped the Rams’ walkthrough practice prior to the game. After further investigations, the league determined that no tape of the Rams’ Super Bowl walkthrough was made, and the Herald later issued an apology in 2008 for their article about the alleged walkthrough tape.