Rams GM Les Snead has said to expect “big things” starting this upcoming season and moving forward from 2nd year Rams TE Tyler Higbee. Considering how heavily the tight end position figures in the passing game in new coach McVay’s scheme, he is justified in his expectations for Higbee’s sophomore season in the NFL.

In 2016 for the Redskins, where McVay was offensive coordinator, TE Jordan Reed figured prominently into the passing game, amassing nearly 700 yards receiving to go along with 6 touchdowns, with TE Vernon Davis chipping in another 583 yards receiving. Considering how often the TE ends up being targeted in McVay-run offenses, Tyler Higbee may be the favorite target of Rams QB Jared Goff this fall.

For Higbee, the 110th pick in last year’s draft, McVay runs an offense where his size and pass catching skills will prove a big time asset for the Rams. 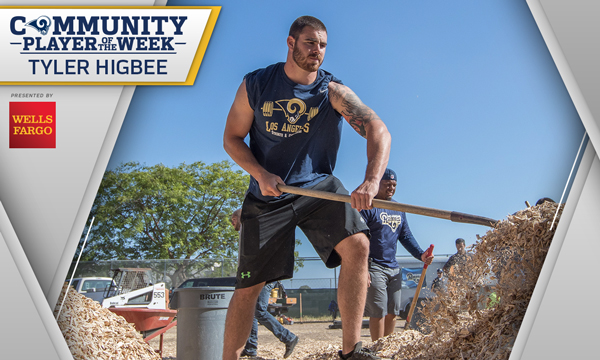 While at Western Kentucky, he averaged 15 yards per catch, dropping only one pass his senior season for the Hilltoppers. Higbee averaged 40% of the Rams offensive snaps in his first season in Los Angeles. The departure of former starting TE Lance Kendricks opens up everything for Tyler in 2017.