If you’re driving through residential sections east of, say, Western Avenue or on the westside in Mar Vista or Venice, do you see these everywhere you go?
You’re not alone. These horizontal wooden slat fences are everywhere. Once you see it, you can’t unsee it.
There’s not necessarily one way to pin a slat, but there are common variations on the theme: 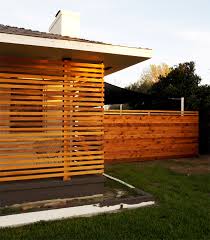 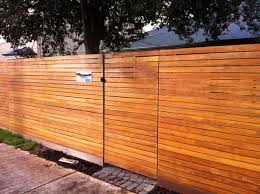 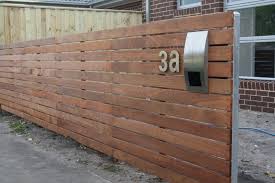 It’s not clear where or when this wooden slat revival started exactly, but it was roughly a decade or so ago and has been creeping through Los Angeles like kudzu ever since. In decades to come, it’ll be a signifier for the exhaustive pace at which the city has changed in the past 5 to 10 years—for better or worse. And even though it can be spotted throughout the greater L.A. area or other markets entirely, architectural designer Marc Cucco finds the slat to be “specific to Eastside L.A. There’s a variation in other ‘hot’ markets, like Austin or Denver. But the speed at which prices surged in northeast Los Angeles, as compared to the rest of the country, means that the aesthetic look is the result of a ‘process’ designed to provide quick curb appeal to properties which have been thinly, and cosmetically, updated.”
Over the past decade we have a dominant theme in American cities: neck-snapping rates of (depending on your ideological slant) development/gentrification/transition as many parts of our cities have become desirable again. In so many ways, L.A. looks very different than it did a decade ago, and the wooden slat fence—a.k.a. the hipster fence or the flipper fence—will be the defining architectural symbol of an L.A. and the desire to own one in this period.
The slat fence is not some anomaly but instead a logical extension of the 21st century middle-upper class obsession with mid-century modern aesthetics and case studies, extending from inside the home with Eames chairs and Noguchi tables spilling into our yards. The main reason the slat has become so dominant is that wooden fences—a relatively affordable addition—might be the most direct and cost effective way to attract prospective home buyers who want a want a touch of design without breaking the bank. But maybe it’s not just a cheap trick for looks. Having any sort of fenced in front yard in modern homes might be a holdover from the ’80s and ’90s violence in L.A., a way to barricade oneself from “super-predators” or whatever shitty euphemisms that are creeping back into the lexicon. The wooden slat fence splits the difference between barred windows and no barrier at all between the house and its exterior. Through its semi-privacy and vague nod to affluence, the slat becomes the most direct symbol of transition.
Architectural designer Dave Bantz has lived in L.A. for the past decade, and finds the slat fence to be “most prevalent in neighborhoods where an owner or potential buyer senses some kind of right of crime or burglary in the neighborhood, or their lot is small enough to where they need a defensible and contained space to play with children and pets.” He adds, “I think we see this fence in transitioning neighborhoods because it can be built cheaply and quickly and it exudes a modern appeal that signals that the home itself may also be updated.” So, in that respect, the slat is a wordless billboard with the subtext, “this neighborhood has potential. But it’s still a place where you’re going to want a sense of protection from the street.”
Before the slats came in, northeast Los Angeles was and still is also heavy on stone and wrought iron front fencing, prevalent in Latino neighborhoods in particular. “My Guatemalan neighbor actually told me that he and many of his older friends in the neighborhood consider a metal wrought iron fence to signify wealth, quality, durability much more than a wood fence,” Bantz explains. “My neighbor asked my why I wasn’t building a metal fence with masonry posts like the rest of the home in the neighborhood and I told him that it was a matter of style and preference (and cost).”

To be fair to the slats, it’s not just fences. There’s a whole flipper design element starter set: a fresh gray paint job, san serif minimalist address numbers, or a Nightmare on Elm Street blood-red door. You can pick and choose or get the combo. Either way, if you see any of these telltale symbols, odds are the house has recently changed hands or will be soon. And there’s a high chance that if you go inside, you’ll see subway tile, exposed bulb fixtures, or a farmhouse sink in the kitchen. And in the backyard, there’s at pretty good chance you’ll find a gas fire pit.
These flipper design elements are increasingly common but also so commonly just slapped on. It’s like a magic trick—in order for it to work, the quality of execution has to be high. Even though the real estate market in these flipping neighborhoods is in many ways bonkers. Bantz explains, “Buyers of these flips are not stupid. They know the difference between a well-maintained original craftsman, a new construction stucco flip, and a renovated modern bungalow… and the real estate agents and pricing shows this clearly. Many people buy a flip knowing full well that they will have to invest in replacing or fixing much of the work that was done by the flipper.”
It’s difficult to speak on the subjects surrounding the these architectural accoutrements without acknowledging the housing crisis L.A. is buckling under. The oversimplification of the problem is that there isn’t enough affordable housing to meet the demand. There isn’t enough rentable property at a given moment, and it’s become too difficult to build in California, zoning-wise.
The politics and prevalence of the slat run parallel to the history of mutli-family versus single-family units and the battle over L.A.’s density. From the Dingbat to the craftsman to the Orsini, how we break down living is inherently politicized and tells the story of how living in L.A. is changing in a physical sense. The slat can be a visual correlative of a neighborhood’s demographic shift, and that change curves towards the more professional and wealthier, higher educated, and whiter. 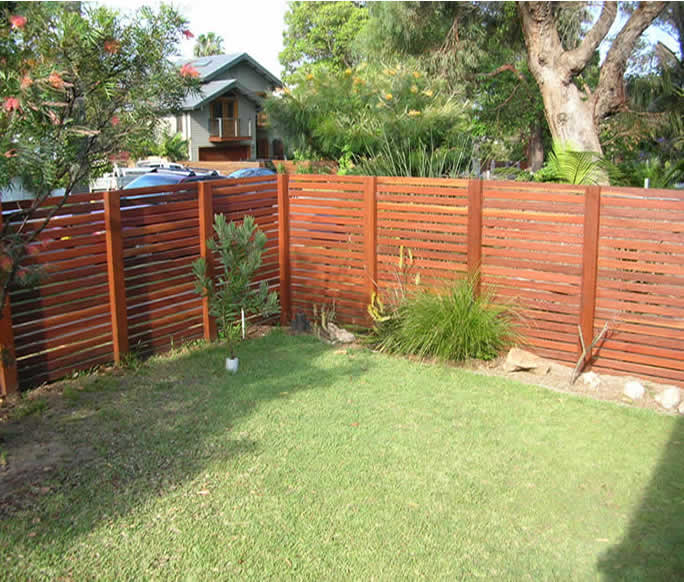 But slats—as a design element, at least—are not inherently bad. Like anything in our copycat culture, a good idea can easily replicate into oblivion through mis- or over-use. Joe Tarr—architectural designer and Angeleno of eight years—admits it’s not the slats’ fault. It’s how people use them. “I don’t think these [wooden slats] are necessarily ‘bad’ design elements,” he says. “Just that they are often over-used and applied in a formulaic way that doesn’t pay attention to the specifics of the house or the combination of elements as an overall composition.” So it’s not concept but execution. The same complaint might be levied at paint-by-numbers xeriscaped front yards or a standard grass lawn with no barrier structure or landscaping choices.
Could slats be the L.A.’s new glass bricks and stick around for decades upon decades? Architectural designer Melanie Freeland doesn’t think so. “I don’t think the flipper fence is a material that will last as long as glass brick,” she explains. “I would say plywood cabinetry, or reclaimed wood is this generation’s material of choice. That or white subway tile.”
Every trend cycle has its inflection point. Sadly, even the slat fences seem like like they might be on the way out, as even cheaper solutions—like corrugated metal—have been creeping up in style, especially in northeast Los Angeles. But if we’ve learned anything about our cannibalistic design culture, it’s that nothing ever really dies. Especially if it’s associated with mid-century aesthetics.