Years ago, noted sabermetrician Bill James created a formula now known as “pythagorean win expectation” as a predictive model that would estimate how many baseball games a team will win over the course of a 162 game season. The independent variables used in this formula are the number of runs scored and allowed. The formula has nothing to do with the Pythagorean Theorem other than bearing a slight resemblance to the famed geometric axiom.

Here is the formula: 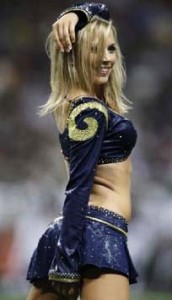 For practical purposes, there is an actual correlation between this formula and how well baseball teams actually end up performing on the field. With that being said, statisticians have noticed a consistent error of about 3 games. By changing the exponent in the formula from 2 to 1.83, the formula is thusly updated to be more accurate.

An even more accurate method of determining the exponent that should be used in the formula has been developed by Davenport at Baseball Prospectus. Apparently the predictive formula is most accurate when the exponent is not reduced to a single number for all teams in all seasons, but calculated from a particular team based on runs generated, runs allowed, and games: 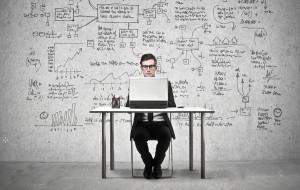 The formula has been applied to NFL football by the fine folks at Football Outsiders. They have adjusted the formula for football by using the exponent 2.37 to give a projected winning percentage. Multiplying this percentage by 16 gives a projected number of wins.

According to the ’11 publication of Football Outsiders Almanac, “From 1988 through 2004, 11 of 16 Super Bowls were won by the team that led the NFL in Pythagorean wins, while only seven were won by the team with the most actual victories. Super Bowl champions that led the league in Pythagorean wins but not actual wins include the 2004 Patriots, 2000 Ravens, 1999 Rams and 1997 Broncos.”