After North Dakota State Quarterback Carson Wentz’s lock-down performance in this year’s Senior Bowl, it is apparent he and his unique talent will be snatched up by another team ahead of the Rams in the NFL draft. In spite of playing in the FCS, college football’s subdivision, he is fresh off a national championship season and the current buzz has him possibly landing with the Browns with the second overall pick. 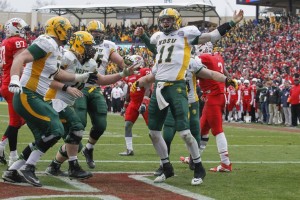 NDSU quarterback Wentz may go 2nd overall in the NFL draft this year
This leaves us with a few intriguing options if the Rams actually decide to go with a QB in the first round, an immediate need for them considering they had league-worst production at the position last year. Among these options are 3 quarterbacks, one of which being Memphis State phenom Paxton Lynch.

As far as physical tools are concerned, Lynch may have more to offer than any player at his position in the draft. Standing at 6’7”, the kid has the biggest arm of any QB coming out of college this year. He rounded out the 2015 season with 3,776 passing yards on the year, to go along with 28 passing TD and 4 interceptions. In one game against Tulsa on October 23 this past fall, he threw for 447 yards, 4 touchdowns, and scored another touchdown on the ground. In the American Athletic Conference regular season finale vs. SMU, he completed 9 passes, 7 of which resulted in touchdowns. 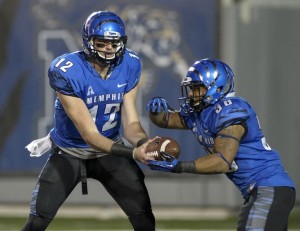 He did throw for 354 yards at Big 12 opponent Kansas, and 384 yards vs. Ole Miss, showing he can compete with the best. However, he also had a very poor showing against Auburn this year and faced inferior defenses most of the season, playing in a crummy conference.